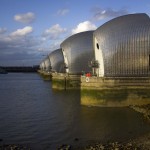 London is one of the world’s greatest cities with history, culture and a capital of international trends such as in music, arts, fashion and neighborhoods such as the Westminster and Knightsbridge and the 2012 Olympics.  London was once a Celtic village near the River Thames it did not really become known until 43 AD after the Roman invasion.  It was during the medieval era that London started to become a prosperous country.  It had it’s tragedies like other countries in that era, such as the 1665 Plague and the 1666 Great Fire.  London became one of Europe’s largest and richest cities in the 1700’s Georgian era, but it was the Victorian era that London became rich with vast wealth that covered over a 1/4 of the earth’s surface.  It’s huge mercantile wealth.  In the 21st century, 2002 was the Queen’s Golden Jubilee and the 2012 Olympics and in 2000 London had it’s first elected Mayor.  And let’s not forget Parliament and Buckingham Palace.

Image courtesy of colinbroug at freeimages.com

Image courtesy of akivasha at freeimages.com

The West End is the heart of London.  There you’ll find the Trafalgar Square this square is one of the world’s greatest public places, and the Nelson’s Column.  National Gallery, National Portrait Gallery, Piccadilly Circus and Covent Garden Piazza.

Sights that should be seen are:

You can get tours in the Japanese, Spanish and German languages.

If you are interested in theme parks and you have children you can visit the following places:

If you are traveling to London with babies and toddlers check with the individual attractions on where to take a toddler.  Breastfeeding no problem London is very liberal about it you can feed anywhere.  Children up to 5 years travel for free.  There is a park called South Park where you can walk along with a stroller without having to worry about going up and down the steps.  Parents in London download apps for parents such as:  NCT’s babychange, wowmum, and London’s top 10 free apps.  Check for family friendly restaurants, discos, there are discos where you can dance with your children on the dance floor and shows.

There is a pass you can buy called the “Sightseeing London Pass,” it gets you into at least 60 or more attractions for free.  You get in faster and save money and if you want to save 10% go to visitlondon.com.  These passes can be bought for 1, 2 3 or 6 days.

I must say if you plan on visiting London I suggest you take at least a two week vacation so that you can enjoy all the sights and not be stressed out for time.  Whenever I take a European vacation I make sure to stay one (1) month, if not, longer.

Introduction Featured Photo on top courtesy of lullabelle at freeimages.com

Photo is the Thames River