What Makes Denmark a Happy Place 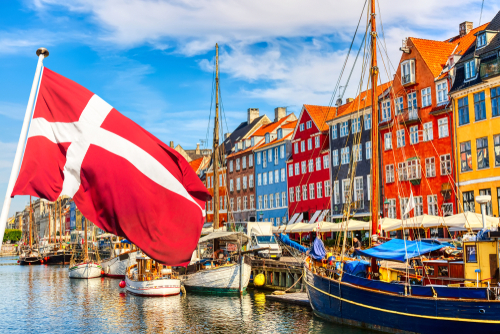 The question of what happiness really means has been an important one throughout the history of civilization, and it may be one of those questions that doesn’t have just one right answer. In the ancient Greek world, the stoic philosophers thought happiness came from being emotionally detached from the world, so you could never be disappointed. These days, people tend to associate happiness with health and financial security for themselves and their loved ones. There have even been a few attempts to try to measure happiness. For example, one Gallup World Poll asked people around the world about the feelings they had experienced in the previous day. Questions like, “Did you learn something yesterday?” were meant to determine how fulfilling people were by their everyday lives.

The Happiest Place on Earth

If you had to guess, which country would you say scored the highest on the Gallup World Poll in terms of overall happiness? If you’re a happy person, maybe you think your country scored the highest. Otherwise, you might guess that people are happiest in warm, tropical places where they are surrounded every day by the beauty of the blue ocean. If you thought that, you’d be wrong, and the real answer might surprise you. The happiest country on Earth is actually Denmark, the small Scandinavian nation.

Why are the Danes so Happy?

Although the Gallup World Poll didn’t specifically address the reasons for people’s contentment, there are a few unique things about Denmark that could help explain their high happiness scores. For one thing, Denmark has a comparatively high GDP (gross domestic product). In 2009, Denmark’s per capita GDP was $68,000, which was around $20,000 higher than the per capita GDP of the United States. Additionally, at the time of the poll, Denmark had an unemployment rate of just two percent.

Wealth isn’t the only factor in Denmark’s higher than average happiness. A strong economic and financial security could contribute to reduced stress levels, which could, in turn, make for a happier population. Many of the fears and worries that plague people in other countries simply do not exist for the Danes. For example, healthcare and college education are provided free for all citizens. College students even earn a small salary while they complete their higher education. These are two more sources of reduced stress that could contribute to Danish contentment.

There are, of course, cultural factors involved in overall happiness. For example, some cultures may not value happiness or view happiness in the same way as other cultures. Those pessimistic cultures might answer “no” to questions that are supposed to measure happiness, but the results could be misleading. Even Denmark’s high happiness score has a cultural element. Researchers have found that the Danish actually have a fairly cloudy outlook and generally low expectations and hopes for the future. Danish researcher, Kaare Christensen suggested that people could report higher levels of happiness in Denmark because reality tends to outshine their low expectations.

Whatever the reason, Denmark has routinely topped the list of the happiest places on Earth. For those of us not lucky enough to live there, Danish society could provide us with a model for how to become happier in our own lives. The Danish model might not work in every country, but if happiness is the most important thing in life, it’s probably worth a look.